And the winner is…

Actually… you’ll have to wait, I don’t know who the winner is. I’m having a fabulous time reading the entries for the 2017 Junefest Short Story competition run by Newbridge Junefest. This brilliant festival of arts, music, theatre, song and literature is now in its fifth year. Highlights for me this year: Mundy, Wallis Bird, the One Act play festival and of course the ever-popular street festival. Find all the details here

When I attended the inaugural Junefest literary event in Newbridge Library I could never have imagined that five years later I’d be a published prize-winning author, and even further from my mind was the idea of judging other people’s work.

I have still a lovely, rustling sheaf of entries to grade and mark. To the delight of Junefest, and (I hope) to the eventual delight of the entrants, I’ve adopted the spirit of the late great Dr John Yeoman of Writers’ Village who provided every entrant in his competitions with a paragraph or two of feedback and a marking scheme. So often my own work has made a longlist only to miss the shortlist, or a shortlist only to miss the prize and have thought to myself “if only I knew where I went wrong (and right) in that story.

So apologies to Junefest entrants who are wondering what the hold-up is… the shortlist is coming soon. And I’m looking forward to seeing some of you at the Junefest literary event   on Wednesday 7th June in the new town hall. It’ll be a wonderful evening. Just look at that talented bunch below…

Meanwhile spare a thought for me as I am also running the first-ever Irish language event in Junefest, Cór Gael Scoil Chill Dara who, for their sins, have me as their musical director. We’ll be singing in White Water at 1pm on Friday 2nd June, songs from our CD “Ding Dong Dedero” which raised €3,000 for the Jack and Jill Foundation at Christmas, and I’m proud also to be producing, sponsoring and facilitating the first ever Newbridge Big Sing community sing-along on Saturday 17th at 3 pm in the Riverbank Arts Centre. 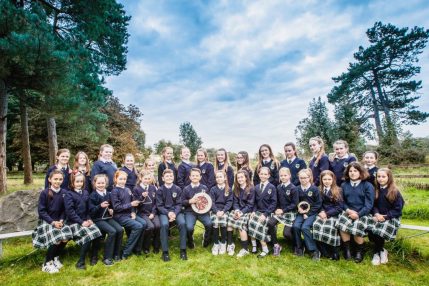 Right, lets get back to these manuscripts!!!

Am I right? Am I wrong? Tell me which and why? Cancel reply

Award-winning Irish writer, inspired by Ireland's complex and difficult history. The Flight of the Wren, Published 2018 winner of the CD Lewis award and the Greenbean Novel Fair. Available at www.kennys.ie The Accidental Wife, winner the Eludia Award, 2014. Available on Kindle http://amzn.to/2ui883O and paperback http://amzn.to/2csjFX2 also at www.kennys.ie Contains the Irish Book Awards Short Story of the Year 2016 bit.ly/2v1wS3m Join me at www.orlamcalinden.com

The Flight of the Wren

Steal or starve? Lie or die? How far will Sally Mahon go to survive the great Irish Famine?

kellycreightonwrites.wordpress.com/
Running in the Fat Lane

Baby Steps to a Slimmer You.

Writing From Where I Live

Pull up a chair, grab a coffee and let's talk books!

A Woman on the Verge...the blog of Margaret Elysia Garcia

for writers and readers....

one word at a time

Well, This Is What I Think

The name of the blog says it all, really. My take on interesting stuff + useful re-posts :-)

You Are A Splendid Butterfly

It is your wings that make you beautiful